Redland Green Choir began, under the name of Redland Green Community Chorus, in 2008 when Helen Bilkey (right) the Redland Green School's Head of Music wanted to involve parents and friends more with making music in the school.

Early successes included winning a major singing competition at our very first public appearance in July 2009, and performing in the world premiere of Karl Jenkins' Gloria at the Royal Albert Hall. Helen was succeeded by Emma Trounson (née Goddard), who was the choir’s director from 2011 to 2013. 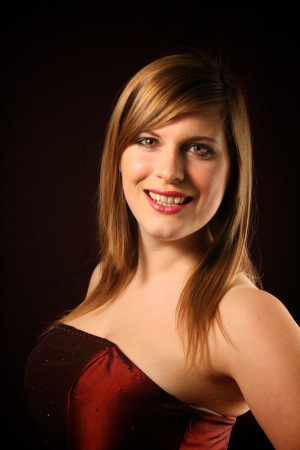 Emma (left) set the pattern for two concerts a year, including a notable performance of Handel’s Messiah, and singing with professional soloists and an orchestra, as well as performing in the wider community. We sang at St George’s and took part in a thrilling recording session for The Peacemakers at Abbey Road Studios in London with Karl Jenkins himself. Another Karl Jenkins' gig at the Albert Hall saw us joining The Really Big Chorus to give a world première of his Gods of Olympus.

We also appointed a composer-in-residence, Gareth Treseder, and premièred ‘Never Weather Beaten Sail’, a piece written specially for us, and Barrett's Allsorts, an a cappella quartet was established.

In 2013, Emma's career took her to Leicester as a Choral Director for Leicester Cathedral, and our last director Nicholas Bromilow (below) literally took over the baton from her after our summer concert in 2013. 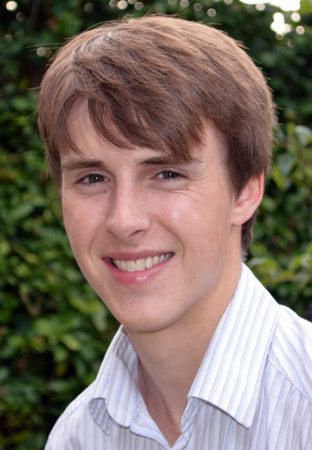 Since that time, the choir has gone from strength to strength. We joined forces with the Long Ashton Orchestra, of which Nicholas was the conductor, to perform Mozart's Requiem at Clifton College in 2014, Bruckner’s Mass in F in 2015 and the Brahms German Requiem in 2016 at St Alban's church. This was followed by Verdi's Requiem at the new Performing Arts Centre at Bristol Grammar School in 2017, a thrilling Beethoven's Ninth Symphony at Clifton Cathedral in 2018 together with the Burnham and Highbridge Choral Society and Elgar's The Music Makers in 2019.

St Matthew's Church in Cotham was the venue for out 10th anniversary concert in 2018 and a dramatic Armed Man by Karl Jenkins in 2019.

In the latter half of 2014 we voted to change our name to the simpler Redland Green Choir, and at the same time acquired charitable status. The Redland Green Chamber Choir was established as an offshoot of the main choir.

We entered the Upton Festival Choir Competition in May 2015, and again in 2016 when we very pleased to win the Judges’ Cup for our rendering of ‘Can You Feel the Love Tonight’ from the Lion King.

Our many informal gigs include singing on the Matthew, at buskathons, Bristol Hippodrome and at Redland Green May Fair. 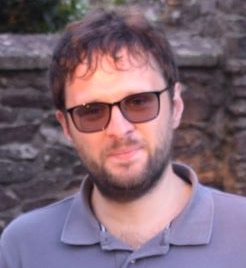 Nicholas left us in 2020 to take up a Master's course in Conducting at Kent State University (delayed until summer 2021). Jonny Saunders (left), our staunch accompanist valiantly led us in Zoom rehearsals through all the Covid times, and into the open air on Redland Green.

In July 2021 we appointed Huw Morgan ​​​​​​ as musical director.
​​​​​
For all details of past performances look at Past Performances  in the Repertoire section.